Nazi dictator Adolf Hitler and his generals had been preparing for this moment for months. On Sunday June 22, 1941, the time had come. At 3:15 am, the German army – the Wehrmacht – launched its attack on the Soviet Union. There was no declaration of war and the 1939 Nazi-Soviet Non-Aggression Pact was simply ignored.

More than three and a half million German and Allied soldiers were supported by artillery, Luftwaffe planes and tanks as they joined forces in a swift, ruthless and extremely effective advance. The Luftwaffe bombed Soviet planes while they were still on the ground. The battle line stretched 1,600 kilometers (990 miles) from the Baltic Sea in the north to the Black Sea in the south, making it the longest front line in the history of the war.

The Red Army soldiers were caught off guard by the assault: “Some of them even came out in nightgowns and opened fire, they were completely taken by surprise,” recalls the former. Wehrmacht soldier Gerhard Goertz in a video which is part of the portal to the Haus der Geschichte (Museum of Contemporary History) in Bonn.

There had been previous warnings about what was to follow, but they were rejected by Soviet leader Joseph Stalin. He was convinced that Hitler would not dare to attack a vast kingdom like the Soviet Union. As a result, there was no mobilization against the Nazi threat.

German propaganda described the attack as a preemptive strike launched in response to an impending military assault by the Bolsheviks. In reality, Hitler had ordered a ruthless campaign designed to destroy his enemy. The dictator dreamed of conquering new Lebensraum (“Living space”) for East Germans: a Great German Reich stretching from the Atlantic to the Urals.

For Hitler, the war was a battle for survival between different Weltanschauungen (“worldviews”) and races, a campaign to subdue the Soviet Union. It was also seen as a crusade against Weltjugentum (“World Jew”) and Bolshevism. Tellingly, the vicious offensive took place under the code name Operation Barbarossa, a reference to Frederick I, Emperor of the Holy Roman Empire (1122 – 1190), also known as Frederick Barbarossa (red beard), who had led the Holy Roman Empire in a crusade.

The massive assault was less a military campaign than a mass crime in flagrant violation of the provisions of international law. Many soldiers who fought for the Nazis had been picked up by the Blut-und-Boden (‘blood and earth’) brainwashing which encouraged them to believe that they were members of a ‘race of Aryan masters’ far superior to the Slavic peoples: “Our commanders never tired of telling us that the Russians were barbarians, or uneducated “Untermenschen‘(“Lower human beings”). So when it came to the Russians there was no inhibition, ”ex-Wehrmacht soldier Herbert Baier explains to the Bonn online portal.

“Hitler’s war against the Soviet Union was a war of extermination. It went far beyond any military objective,” said historian Chris Helmecke of the Bundeswehr’s Center for Military History and Social Sciences, based in Potsdam. “Instead, it was the systematic and ideologically motivated annihilation of an entire state and its people.”

“In terms of the overall criminal dimension, the German-Soviet war is indeed unique in history,” he told DW.

Some 5.6 million Soviet soldiers were taken prisoner of war by the Germans and used as forced laborers. It is estimated that 3.3 million people did not survive the ordeal. With the support of ordinary Wehrmacht soldiers, SS units killed anyone who believed to be Jewish.

Jews were dragged out of their homes “and told to bring their own shovels in order to dig their graves,” says former soldier Willi Hein, who witnessed the horror firsthand.

His testimony has also been added to others at the Museum of Contemporary History in Bonn. “Then they were shot and killed by members of the military police units known as the FeldgendarmerieIn addition, there was the famous so-called Commissioner’s Order, which stipulated that any Soviet political commissar detected among prisoners of war was to be summarily executed, suspected of being the executor of ‘Jewish-Bolshevism’ among the Soviet troops.

The German invaders were initially confident in victory. The Wehrmacht occupied Ukraine, Belarus and the Baltic States. There was also great hope that German forces would enter Moscow soon.

But they never fully succeeded in breaking the resistance of the Red Army. What followed was a long and bloody war. The Wehrmacht was pitifully equipped for the desperately cold winter temperatures, which could drop to minus 50 degrees Celsius. 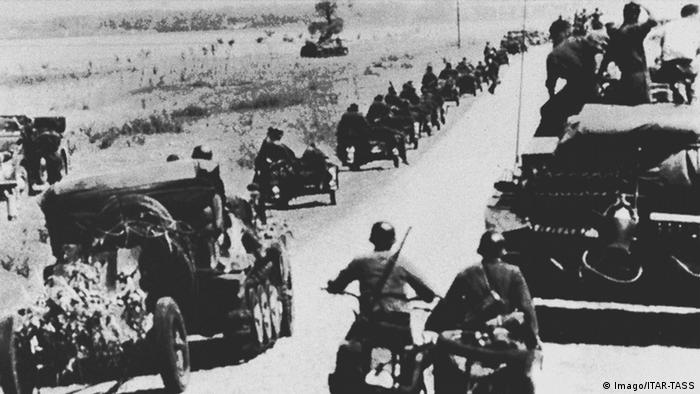 Millions of German soldiers flock to the Soviet Union

Historian Chris Helmecke believes Hitler massively underestimated his Soviet enemy: “There is little doubt that the soldiers of the Red Army were stubbornly determined. Their commanders were always learning new ways to fight. The assumption was clearly that it would be possible to rout “the Soviet Union in a huge Blitzkrieg of encirclement battles near the border between the two sides.” There was no alternate plan for the possible failure of this concept. What’s more, the German economy was not prepared for long-term conflict, says Helmecke: “They just didn’t have the resources.

By the time of the German defeat at the Battle of Stalingrad which ended on February 2, 1943 at the latest, it was clear that Hitler’s aggressive war of occupation was falling apart. The Third Reich had overwhelmed itself by choosing to fight in a two-front war against the Western Allies and the Soviet Union. The failure of Operation Barbarossa is considered the turning point of World War II. Helmecke concludes: “With hindsight, it is possible to say that the war was already strategically lost in 1941.”

The Soviet Union paid a terrible price in the Great Patriotic War, suffering the heaviest losses of any nation involved, with 27 million dead, including 14 million civilians. In his memoirs, the Russian writer and journalist Ilya Ehrenburg (1891-1967) writes: “In our country there was probably no table at which people gathered in the evening without being aware of an empty seat.

In Central and Eastern Europe, the consequences are felt until today: From the displacement of borders to the practice of memory. “In the post-Soviet states – by which I don’t mean just the Russian Federation – war is still an integral part of people’s lives,” says Jörg Morré, director of the German-Russian museum in the district of Karlshorst in Berlin. “All these traces of the past – that is, the many people who lost their lives, those who were deeply traumatized or injured, and others who were displaced and forced to live far from their homeland after the war. It’s all part of the family stories now entering their third, fourth or even fifth generation. “ 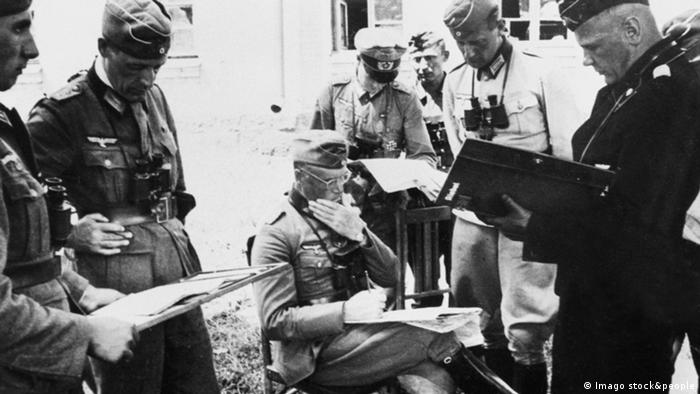 Is such a thing like reconciliation even possible after such terrible suffering? Yes, says Jörg Morré. And sometimes this reconciliation can be quite unconditional: “I find that amazing. Especially at the level of individual meetings. Of course, the terrible stories of the past have not been forgotten. “And when we Germans start to get proactive and start a discussion on the issue of blame, they just say, ‘Keep going! “But no demands are imposed on us. And that is why I say that the gesture of reconciliation is truly unconditional – at all levels of the state.”

Of course, within the government it is said that “we cannot forget”, says the director of the German-Russian museum. And this debate has sometimes also been linked to political demands: “But this is only one way of trying to take history and turn it into contemporary political capital.

This article was translated from German.

The white-tailed kite, a spectacular rarity from ...